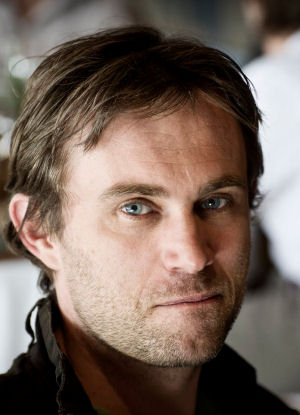 Composer, writer and visual artist François Sarhan will design and make a set of new, invented stringed instruments for the performers of Red Note to play on. Integrating recorded texts from historical figures, this new work explores the relationship between voice and instrument.

By reconsidering the string instrument, Francois will create around eight new musical devices, keeping only the resonating string in each. Some will be based on traditional string instruments, adapted with strange bodies and horns, and some will not be like anything you might come across in a concert hall!

The new instruments will explore the role and attitude of the player, giving him or her a much riskier, fragile and touching task as a performer; to consider the notion of performance; what it means, how to communicate, express themselves and share the music with an audience.

François has an utterly unique and distinctive voice and this project promises to be one of the most innovative and exciting works to be created this year. KEIN has its World Premiere at soundfestival’s sister festival, Musiques Démesurees, on 11 November before having its UK Premiere on 23 November at Huddersfield Contemporary Music Festival.