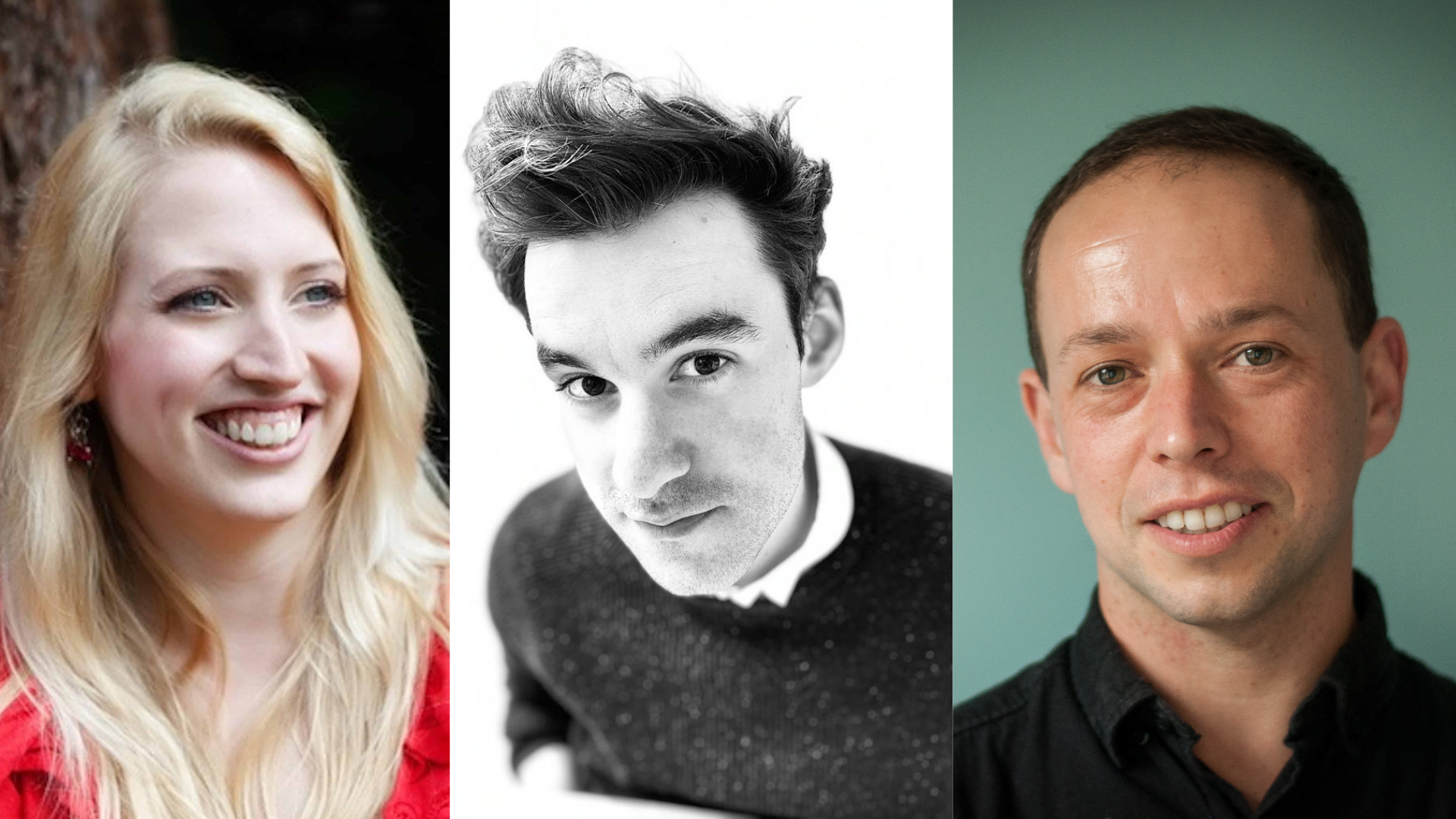 In partnership with sound, Red Note perform 3 premiers at soundfestival 2021.

Ailie Robertson’s Unfurl forms a continuation of her PhD studies into microtonality and the harp, taking inspiration from Erv Wilson’s 1965 organisation of the overtone series as a logarithmic spiral. The piece is anti-narrative and anti-developmental in form, simply housing the tonal material, which consists of the first 80 partials of the overtone series. Expressivity comes from the simple aligning of tones, one to another, as the harmonic space progressively expands towards the fundamental.

In addition to this is Edwin Hillier’s new work 37 Otago Street. The ‘ghost sign’ at 37 Otago Street became a familiar sight on Hillier’s daily lockdown walk through Glasgow. Revisiting this image with routine, almost ritual, he became fascinated by its complexity and changeability: its disparate elements enhanced, recoloured, embroidered by the light, affected by the time of day and year. When captured on camera, zoomed in and examined – a method famously employed on the streets of Chicago by ‘abstract expressionist photographer’ Aaron Siskind in the 1950s – the sign betrays an intricate and heavily textured inner world. Inspired by Hillier’s daily encounters with the street mural, 37 Otago Street offers several perspectives on what becomes a familiar, even nostalgic, timbral palette. Glimpses of ghostly lettering and flecks of crimson-hued paint emerge in the fragile ensemble textures and concrete sonorities of the auxiliary instruments. Shifting from foreground to background, fractured musical images are interwoven and drawn into focus as we pass them by.

Finally, Luke Styles presents his trio Five Phase Sphere. The trio presents 5 phases of music for this specific combination of instruments. The resonance of these 3 instruments together, their low frequencies and their combined musical potentials are all stimuli for each phase. Across each phase are musical links, but together, as five points of music they form a sphere of material, in the composer’s imagination