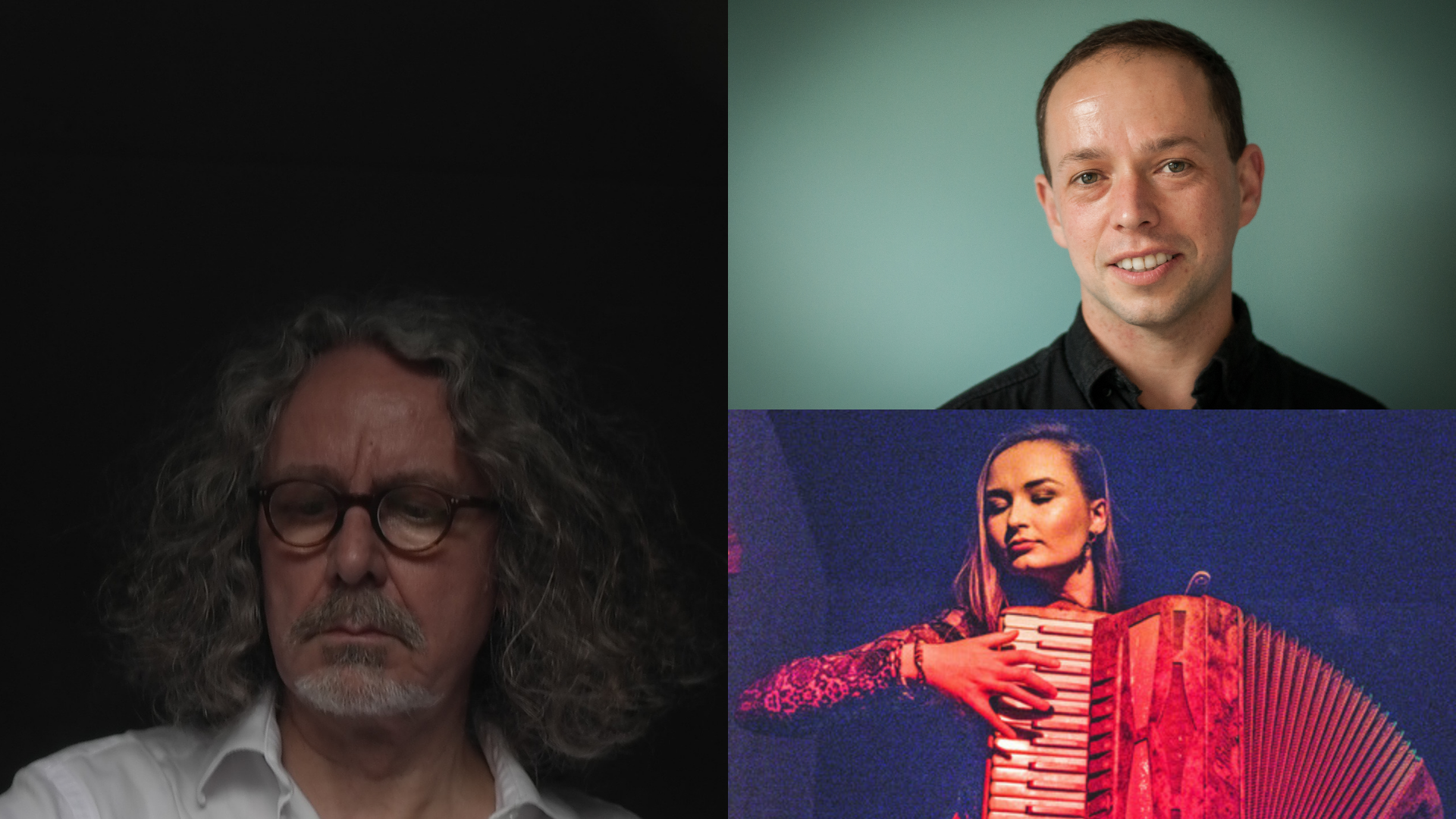 Red Note returns to hcmf// in November 2021 for the world premiere of James Dillon's Emblemata:Carnival alongside works by Luke Styles and Aileen Sweeney.

Red Note has been a prominent purveyor of James Dillon’s work for the last decade, bringing premieres of his large-scale works to the festival in 2013, and then again in 2017. Our continuous relationship with the composer is palpable: performing his seemingly insurmountable music with poise, carrying it carefully while also conveying its fragile breaking point. In this concert, we deliver the world premiere of his immense new work Emblemata: Carnival.

Red Note delivers Dillon’s new composition alongside music from Luke Styles, who describes his new piece Five Phase Sphere as ‘abstract, with no programme whatsoever’. Written more for the instrumentation it uses than for any narrative reason, it comes from a place of unbridled intuition, focusing on resonances and combinations. Its title is a candid explanation of the material: five phases, musically connected, orbiting in a sphere. Red Note completes the programme with a new work from emerging Scottish composer Aileen Sweeney, an accordionist who uses her folk roots as a vessel for protesting the growing social inequalities in our environment.

hcmf// is an annual, international festival of contemporary and new music, taking place over 10 days and consisting of approximately 50 events – including concerts, music-theatre, dance, multi-media, talks and film – with a related Learning and Participation programme devised and implemented to reflect the artistic programme and respond to regional need.