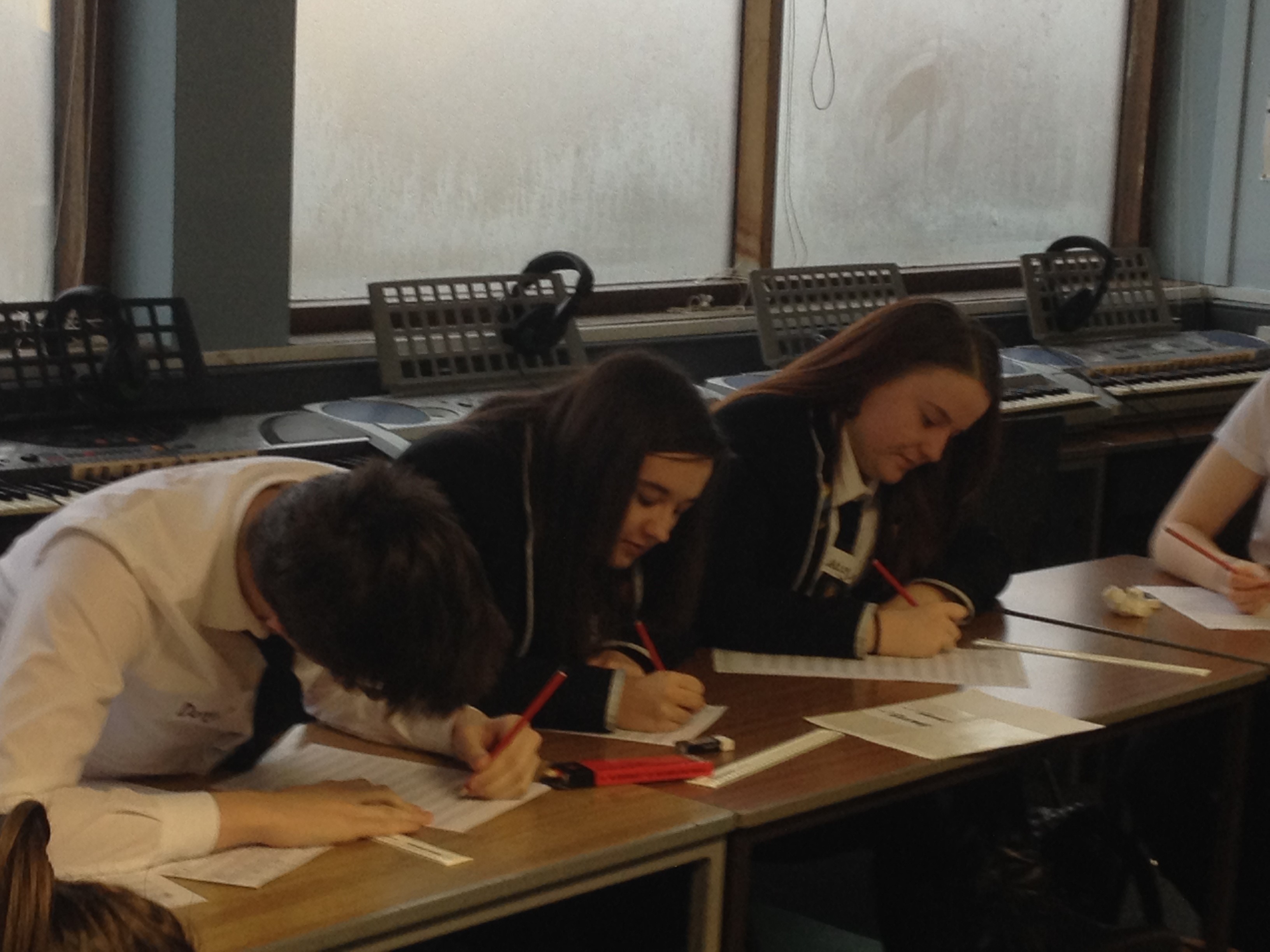 New Music Makers inspires and supports composing within schools and demonstrates how a professional ensemble working in partnership with a school can create a genuine, practical legacy, enabling the school to take the work forward independently.

New Music Makers is a school’s composing project that takes place over four sessions, in partnership with your school’s music department staff and instrument instructors. Whatever the pupils write we take seriously; we don’t require them to produce perfectly notated works right away. Red Note composers and players work alongside staff and pupils to explore and create new music. We work with their initial ideas by interpreting them on the spot. By building a level of trust between the musicians and pupils, they progress rapidly, creating fully-formed, fully-notated, coherent pieces within three weeks. Watch our short film here. This project has been made possible with thanks to support from The Robertson Trust.

Who is it for?

We usually work with Higher/Advanced Higher pupils (though we are happy to work with Nat 5s).

The ability to use notation is useful, but not essential. Finished scores can be notated, or graphic, or written instructions – so long as it’s the pupil’s own ideas, and they can communicate these clearly using whichever method they choose. Red Note and school staff team will support pupils to be able to communicate their creative ideas to their performers.

What are the results?

Schools can organise to record the performance for exam purposes

By working with two classes, the project leaves and genuine legacy of school staff who have experienced the process and are thus equipped to re-stage the project ‘in-house’ in the future.

Pupils develop their own creative voice in music composition.

How does it work?

The project will take place over four double periods plus a final performance at your school. Sessions are usually spread over four weeks (though can be condensed or spread out more if scheduling requires). The performance takes place on the same day as the last session.

We work with two classes:

Class no.1 will be led by the Red Note Ensemble team, observed by the school music staff and 3 school instrumental instructors.

Class no.2 will be led by the school music staff and 3 school instrumental instructors, supported by the Red Note team.

Class no.1            led by Red Note project leader (observed by school team). Introductory session: introduces the team(s) and project to pupils, initial chat about instruments. Classes could be combined for this one session; in which case Red Note leader would lead, with contributions from school team.

All we need from you:

School music department staff must be present at all sessions and school music instructor team (3 musicians) must be available for sessions 2 and 4 & the performance. Their attendance at sessions 1 & 3 is beneficial and strongly encouraged, though can be managed without if absolutely necessary.

If you are interested in the project and would like to take part or find out more, please contact Project Manager, Siobhan Clark, by email on newmusicmakers@rednoteensemble.com