Music and Film at Concorde 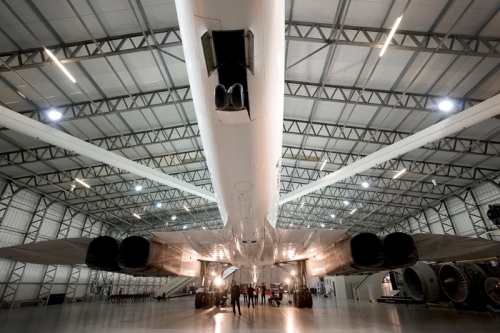 We head to East Fortune Museum of Flight and the Concorde Hanger for the Lammermuir Festival.

The Concorde Hangar is the stunning setting for a concert in which visual images join music to spectacular effect.

Edgard Varèse’s Déserts (1954) is a monumental work which explores the inner deserts of the mind as well as of land and sea. Varèse’s powerful music is accompanied by a film specially created by the visionary American video artist Bill Viola. George Crumb’s mesmerizingly beautiful and ritualistic Vox Balaenae, inspired by the singing of humpback whales, is followed by Louis Andriessen’s hypnotic, super-dynamic Workers’ Union, with a brand new film commissioned from sound artist Zoe Irvine.