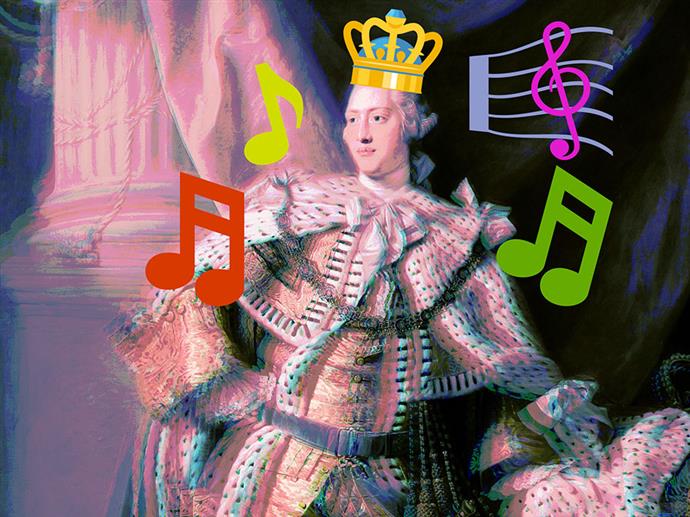 Next year, the workshops of the Leverhulme Conducting Fellowship programme are culminating in a special performance at Cottiers Theatre. Red Note side-by-side RCS student ensemble MusicLab take on a monumental work by Sir Peter Maxwell Davies, Eight Songs for a Mad King.

Enter the compelling world from which Maxwell-Davies drew his remarkable 8 Songs For A Mad King.

Founded by King George III in 1817, the Worshipful Company of Aviarists served to source and look after his tuneful birds and now present this flight of fancy from inside a birdcage of absurdity as the worshipful company create the regal mind of the mad monarch. We’ll sing a song of sixpence with four and twenty blackbirds, and have a Lark doing it!

The score (to a text by Randolph Stow) offers a searing examination of madness, and this tour de force music theatre piece for male voice and ensemble gives a visceral thrill in performance.

George, our mad king, is suffering from hallucinations and is painfully aware of his failing mental state. During his first episodes of madness, he is subjected to torture, starvation, reproach; he is kept in a stable where he is treated like an animal.

Performing alongside Red Note, in the role of the Mad King, will be MMus Opera student Oskar McCarthy, and the piece will be conducted by one of the Leverhulme conducting Fellows. The performance will also feature works by Mark Simpson, Harrison Birtwistle and two RCS composers, Sean O’Callaghan and Rylan Gleave.