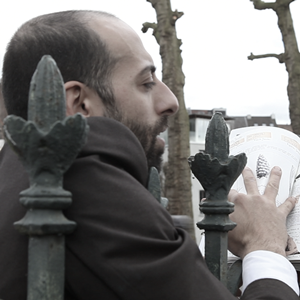 A concert, a film and a play rolled into one, about how irresistible - and impossible - it is to achieve utopia.

The 5 musicians from Red Note Ensemble – previously seen at Summerhall with “The End of the World Show” – virtuosically sing, narrate and play a strange assortment of musical instruments including a tubax, a Stroh violin, and the mysterious Sixxen …

“Enough Already” is a co-production between LOD|muziektheater (Belgium) and Red Note Ensemble (Scotland).